Long day to the Pyramids 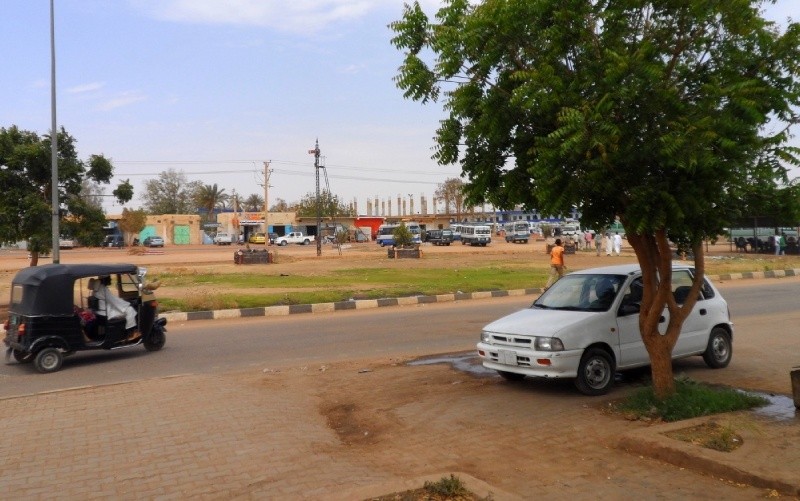 Our brief stop in the town of Shendi.
Today is our big excursion from Khartoum [Khartoum-travel-guide-1178590] to the pyramids at Meroe. Marius and I left the hostel around 0800 and got to the bus station with a couple of hiccups due to lack familiarity with the minibus routes.

We managed to walk straight on a bus bound for Shendi which was before Meroe; I had hoped to find an Atbara-bound bus (Atbara being further away), so we could hop off as we pass the pyramids without needing to change along the way.

We arrived at Shendi exactly 3 hours later. It wasn’t apparent how we would continue our journey so we broke for a simple lunch of taamiya sandwiches. After some enquiries, we were put on a tuktuk to a different bus station in the middle of nowhere. 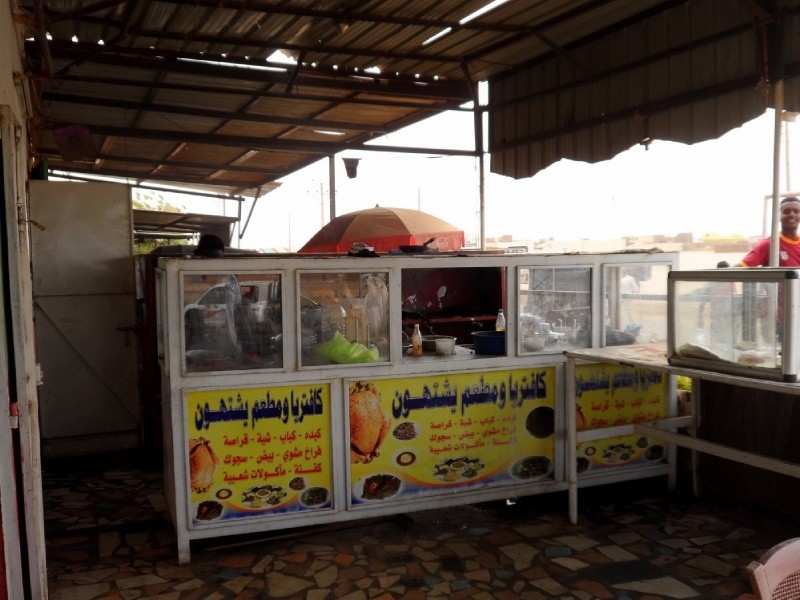 Lunch break in Shendi.We had the last seats and were dropped off at Begrawiya after 40 minutes, just outside the Petronas station.

As we disembarked, we were told the pyramids were “on the right”. We walked and they were nowhere to be seen. We asked some construction workers and they pointed to the orange sandy yonder and we kinda made out faint shapes of pyramids. It would take us forever to walk there. We made our way step by step through the scorching desert.

It was going to kill us. We tried hitching without much success. We did not give up and eventually a truck stopped for us. But he had stopped so far ahead of us I had to run to make sure he didn’t run off without us. He dropped us in front of the pyramids. It was still a hot walk in and around the site. Ticket price for entry into the site appeared high but negotiable. 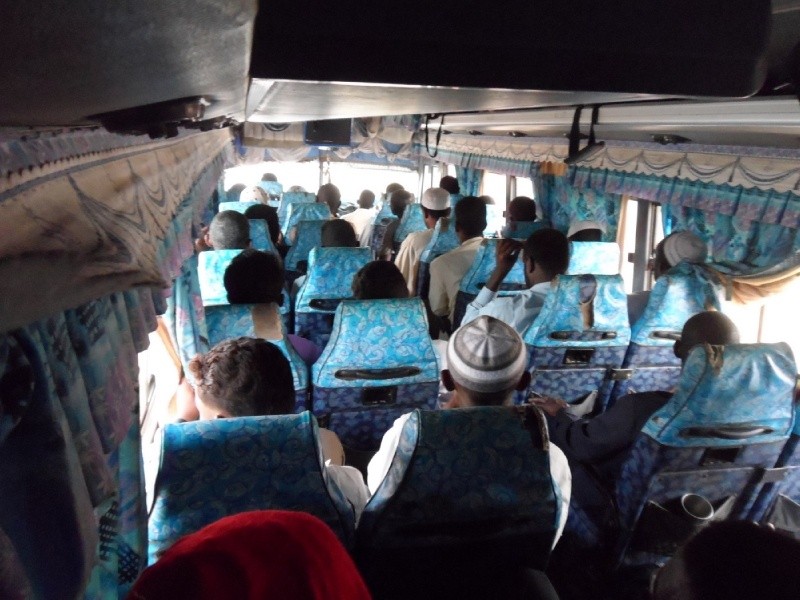 On the second bus from Shendi to Begrawiya.No ticket was issued so I guess it goes to the caretaker ;-)

Unlike the Great Pyramids at Giza, these appeared solid except for a little portico area on the front where there were some hieroglyphics. We didn’t stay too long.

We tried to hitch a ride in the direction of Shendi and Khartoum. It took a while but we got a ride in a car to the Petronas station where buses were parked for their rest stop. We asked the water-lady about buses and she kindly led us to the café manager who then led us to the driver’s lounge. The café manager made us a free taamiya sandwich each and we went out to the bus with the driver.

The conductor wanted to charge an inflated price of SDG150 per head. We bargained it down to SDG65 which was still a little more than the sum of the two fares we had paid coming out. 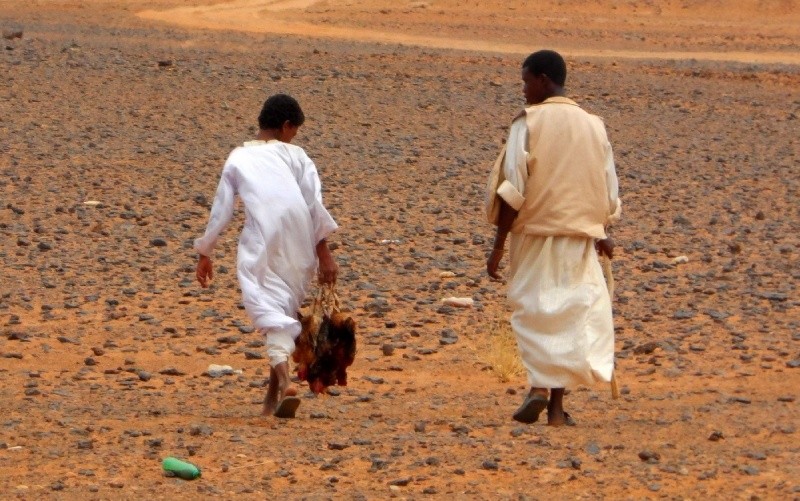 Guess who is eating chicken for dinner.Being away from a station, no ticket was issued and all of it goes to the driver and conductor I guess.

Before you think that Sudanese a rip-off artists like their northern neighbor, I’d like to say that travel in this country is quite hassle free. Tourism doesn’t really exist and tourist-pricing is quite rare. People are friendly, helpful and hospitable without hidden agendas.

We arrived back in Khartoum about 4 hours later and hopped off at the end of the airport runway where we easily managed to get a minibus back to the airport entrance, which is the hop-off point for walking back to the hostel.
After such a long hot day, we settled for a burger each at Zinc, a nearby burger joint. 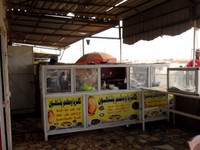 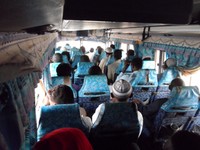 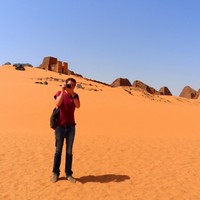 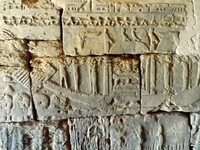 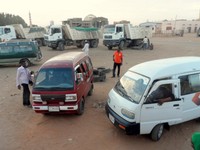