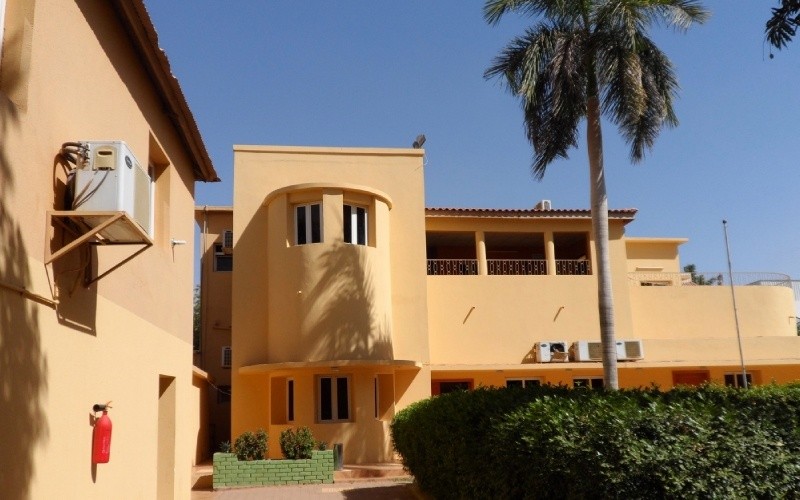 The Khartoum Youth Hostel where I stayed.
I woke at 0545 and stayed in bed till about 0730. There was no point getting out of bed too early as the Nova Airways office at the airport didn’t open till 0930. I walked there and when I tried to pay, they said that it wasn’t possible for me to go on Saturday anymore. I couldn’t understand the reason. They could only sell me a one-way ticket on Fri or Sun and couldn’t book my return.

I walked to the nearby Sudan Airways office; they only fly weekly on Monday. They recommended Badr Airlines which was next door. The transaction was completed swiftly (by Sudanese standard) almost entirely in Arabic.

The weather was warming up and it was going to be hotter than yesterday due to the reduced cloud cover. I grabbed a simple lunch of fuul before resting in air-con comfort waiting for the hottest part of the day to pass. 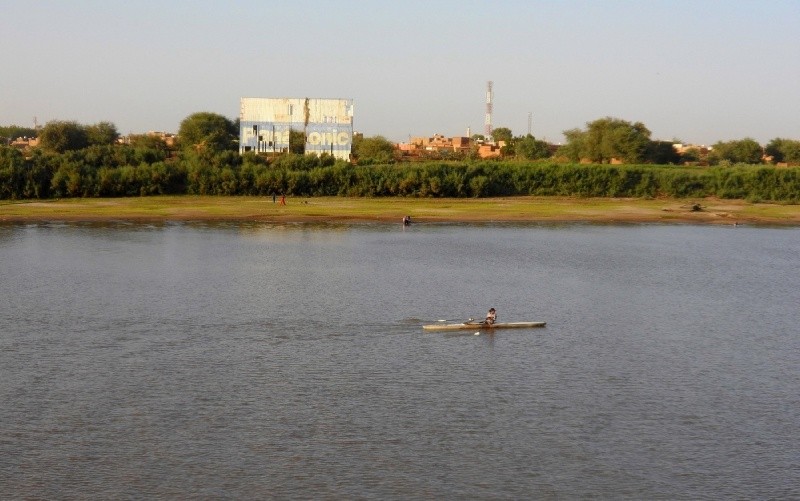 Rowing on the Blue Nile.

Marius came back and we teamed up to go the National Museum and the confluence of the Blue and White Niles; both were on our individual agendas. The museum had a great collection of Christian frescoes from Faras. I can’t decide whether they were good copies or had been scraped of the original site and pasted on some backing surface.

It was a long walk to the river which allowed us a view of the meeting of the two Niles. I sneaked in a couple of stealthy photos. I made sure no guards were around as it is no joking matter and many a tourist have been arrested here for taking pictures from the bridge. Bridges, like military installations etc are considered off-limits for the camera.

Also on the bridge were a group of British investment bankers staying at the poshest hotel in town; they laughed when they heard we were at the hostel.

We grabbed a simple dinner on the riverside before taking a taxi back to the hostel. 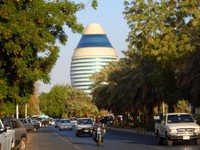