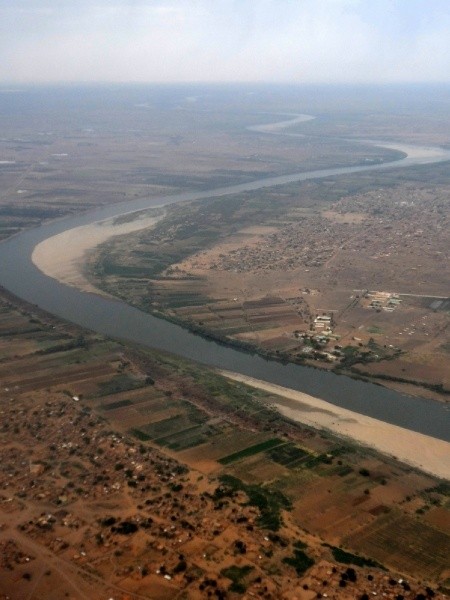 Coming in to land at Khartoum with the river Nile ... not sure if Blue or White!
Arriving in Khartoum [Khartoum-travel-guide-1178590]

Parts of the 11h wait at Riyadh dragged on. I tried keeping myself occupied and it did help. I had some really sleepy moments but became more awake in time for my 0540 flight to Khartoum.

Once again, Saudia fed me well on the 3h flight. I arrived into a cloudy Khartoum with very comfortable temperature around 0845. I was near the front of the immigration queue even though I was in the second busload to deplane. The holdup was actually the baggage as they were all x-rayed as they came on to the carousel.

Currency exchange in Sudan is a bit of a game. The official rate is about SDG5.8 to a USD while the blackmarket rate varies from around SDG7-8, from recent research. 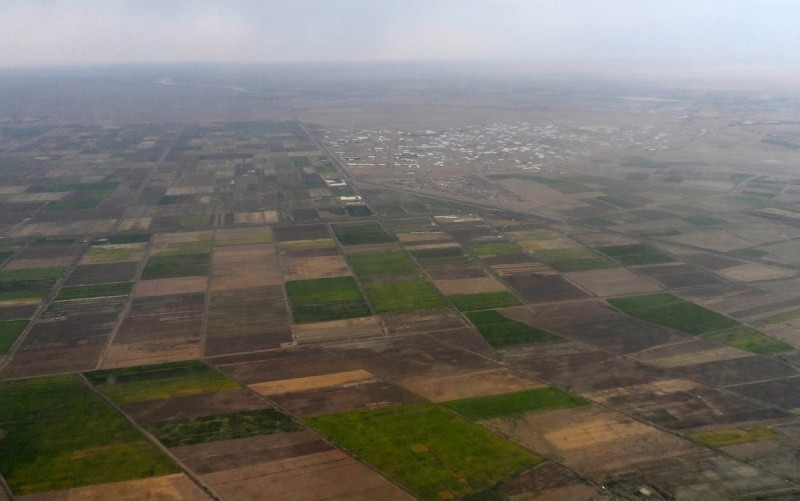 Coming in to land at Khartoum; it is quite green in parts.So I exchanged only USD50 at the airport to cover my taxi and immediate accommodation.

The taxi ride to the Sudanese Youth Hostel took about 5 minutes and SDG50 (as I found out, this is the minimum fare). It would have been a bit hard to walk the unknown road with luggage looking for the place. I had a twin room instead of a dorm, shared with Marius from Berlin.

After a wash up, I tried to recapture the sleep that I had lost overnight. Because of the time difference, it was futile.
I checked with the hotel as to where I could change some money on the blackmarket. They told me the rate was about SDG6.8 but it could go up to SDG7.5 if I changed a large amount. I couldn’t get them to move upwards so I changed USD500 so I could get on with my day as I wanted to sort out the bureaucratic requirements. 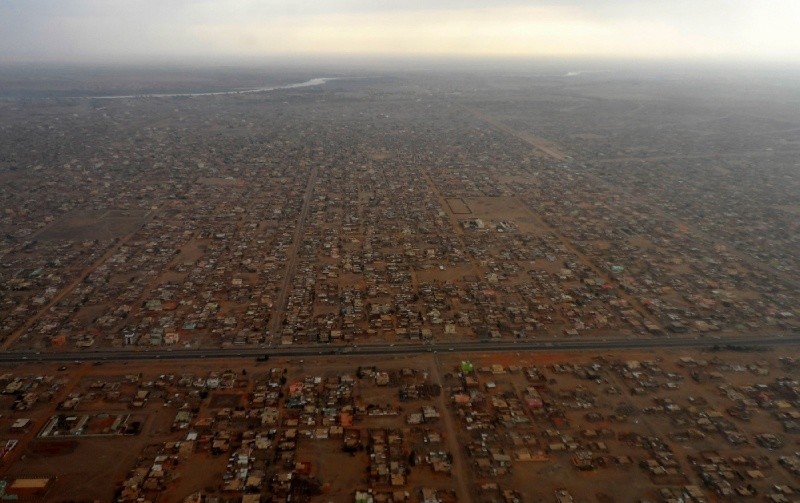 Coming in to land at Khartoum.

First up was the photo and travel permit which I obtained in the area called Riad, which I got to by minivan organised by the hostel staff. It used to be two separate permits from two different places. The process was swift with no difficult questions being asked.

I found another minivan myself to drop me near the entrance to the airport. I walked into Nova Airways and reserved a return trip to Port Sudan [Port-Sudan-travel-guide-1179181], opting to pay a day later in case I had to fine-tune my plans. Everything was just too easy!

Finally, I did my Alien Registration at an agency at the airport. This would have been easy too but the staff in charge was at the departure terminal and I waited for over an hour before he came free. Then came the surprise! It was SDG450. The officers at the permit place had tried to tell me it was SDG365 and I thought I had misunderstood as information on the internet suggests it is only SDG260. I pretended not to have enough money and told them I’d come back the next day, which left the door open to doing it directly with the government rather than the agency.

As I left, I pondered and then decided to go back and get it done. I made some excuse that I had met up with a friend who lent me some cash. I still don’t know if I had been cheated or not. The hostel staff told me the rate differs by nationality and visa period. Marius was charged only SDG365 but he has a 2 week visa whereas I have a 2 month visa.

I walked back rested and then grabbed dinner with Marius at a burger joint. Then it was an early night to bed. 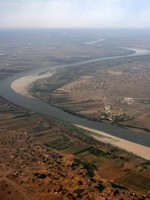